A Younger Home Gets Noticed.

Stephanie Younger’s results-driven approach, integrity and honesty have earned her top- producer status, as well as the hard-earned respect of her clients and colleagues. In 2022, The Real Deal named the Stephanie Younger Group as the 7th highest producing sales team in Los Angeles. Most recently, she has become a top media resource for all things Westside. You can see her featured in numerous articles such as The LA Times, The Argonaut, Curbed LA and more. 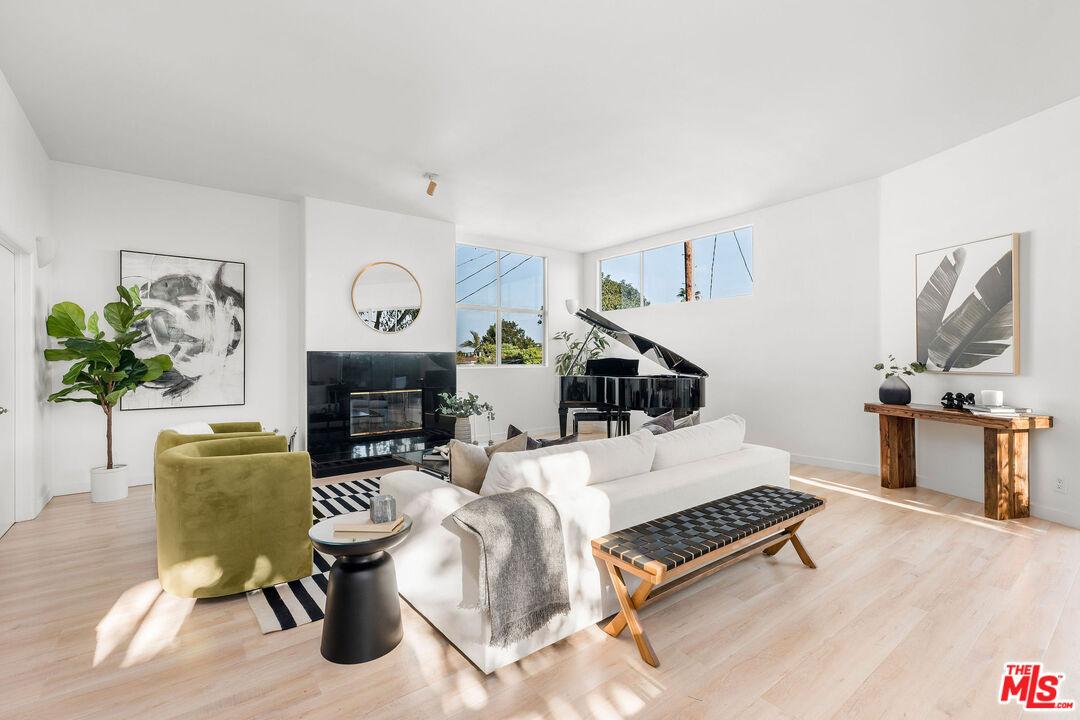 Stunning four-bedroom tri-level architectural gem in the heart of Venice! Marked by the insightful integration of lineal design and natural beauty, this end unit townhome rests within close proximity to the beach, and the famed boutiques and restaurants of Rose Ave. and Abbot Kinney Blvd. This un... 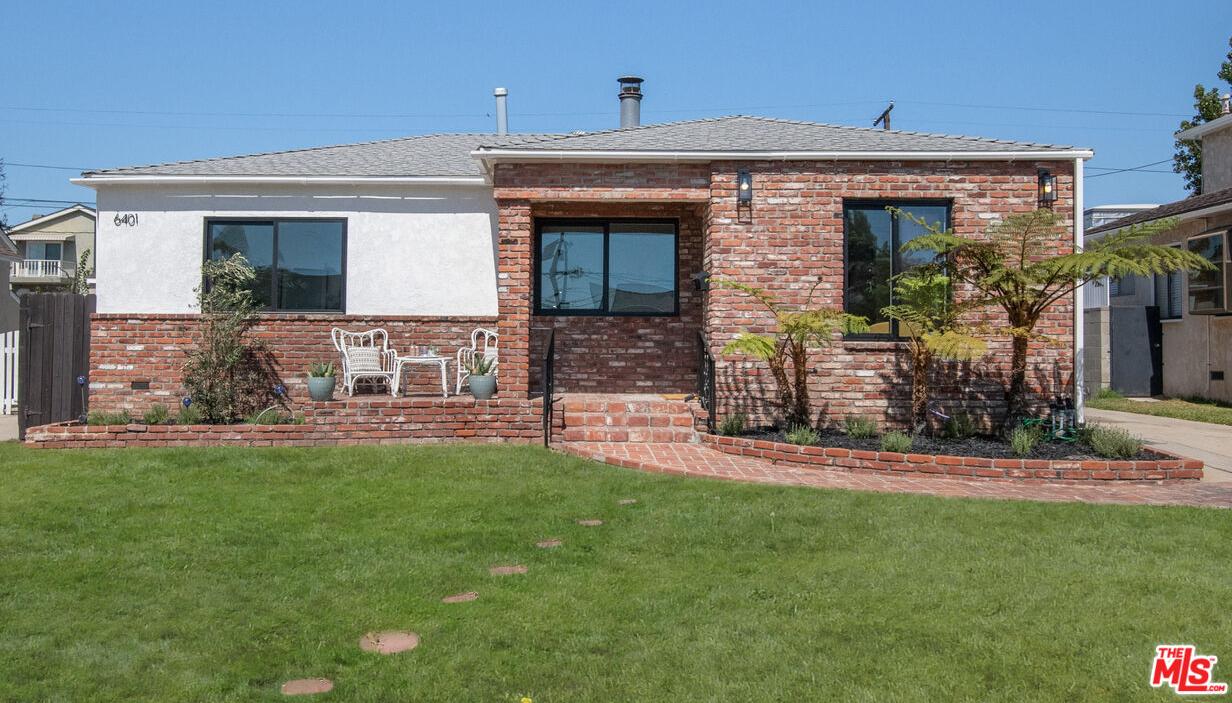 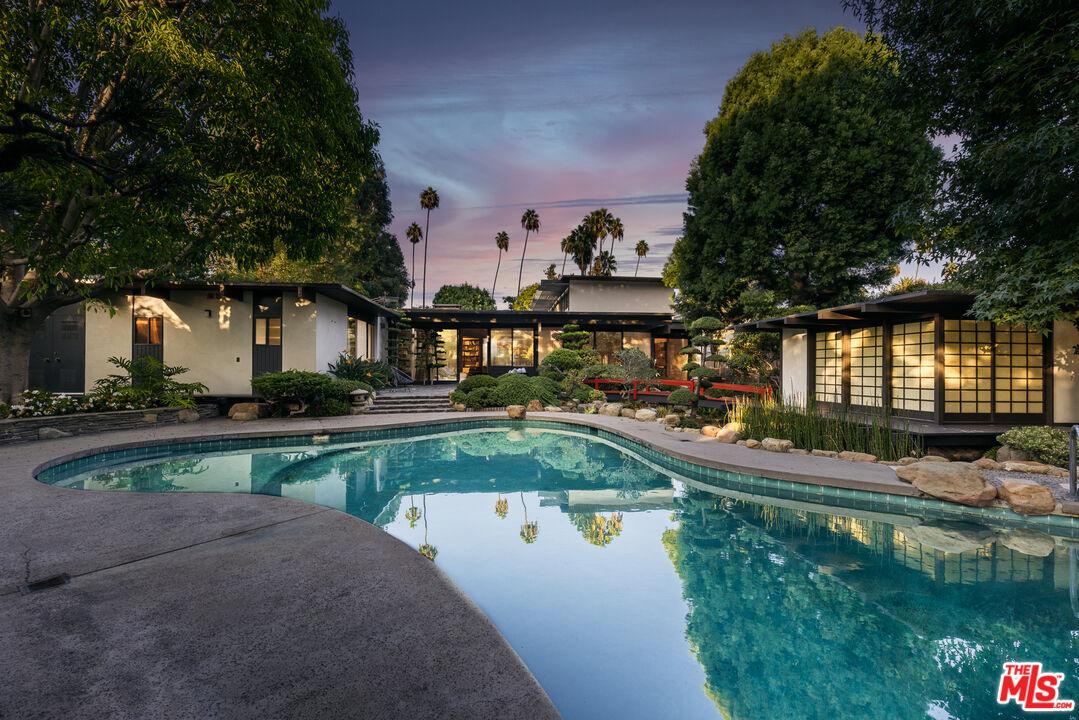 Transcend into zen opulence in this stunningly preserved mid-century Japanese Minka on an expansive, over a half-acre lot in the heart of Beverly Hills Flats, built by famed architect Jack A Charney, a Neutra mentee. Six ensuite bedrooms, plus multifunctional 2nd story loft space and seven bathro... 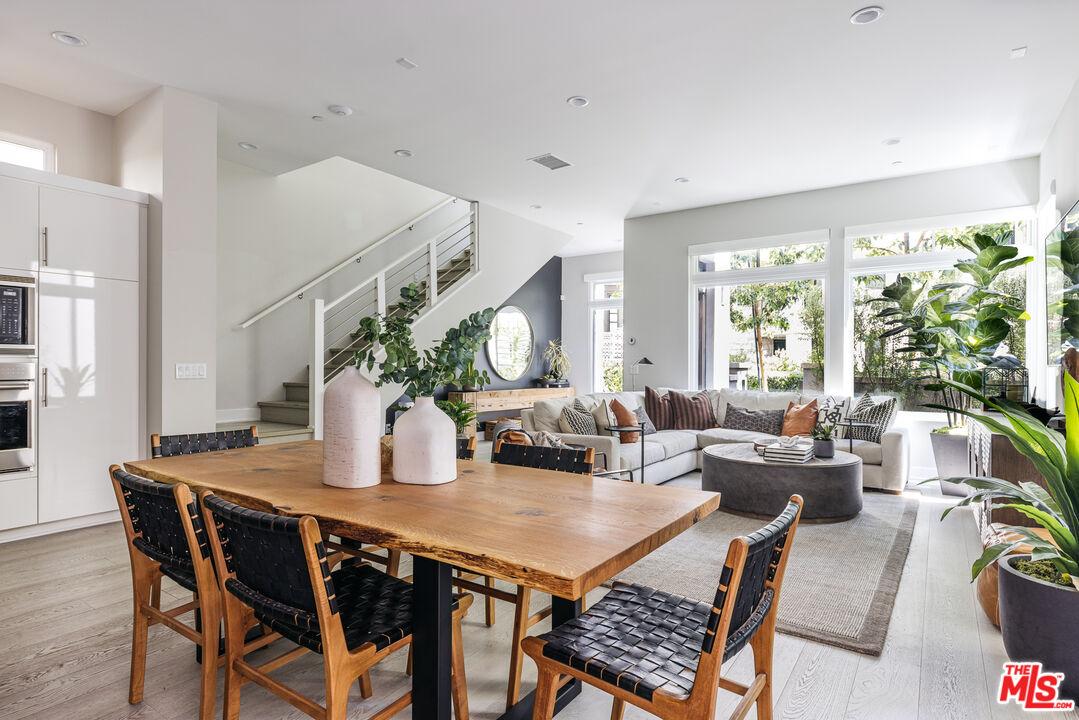 Exquisite, contemporary single-family home in The Collection at Playa Vista and the heart of Silicon Beach. Extensively upgraded, this customized "beachy" beauty epitomizes Southern California living with outdoor entertaining spaces on every level. Enter on the main level to an entertainer's drea... 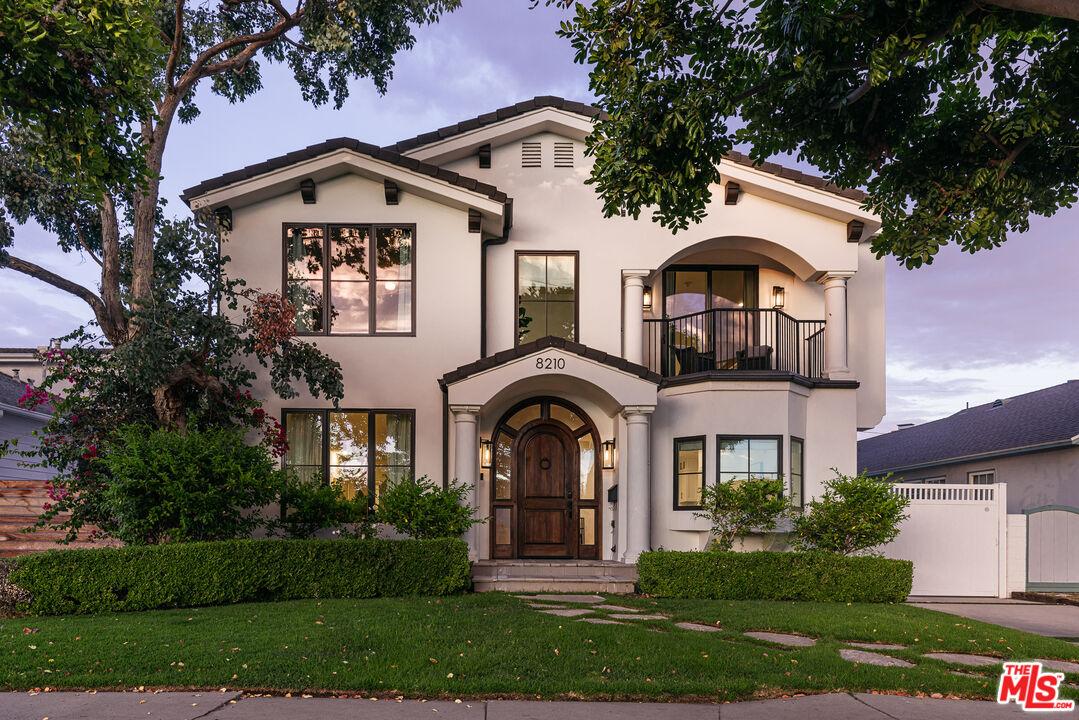 Come home to coastal luxury in this recently updated Montecito-style Spanish nestled in the heart of Westchester. This opulent 5 bedroom/4 bathroom plus fully renovated pool house boasts over 3,000 square feet of living space sprawled over a resort-style lot with pool and spa. Make your way up th... 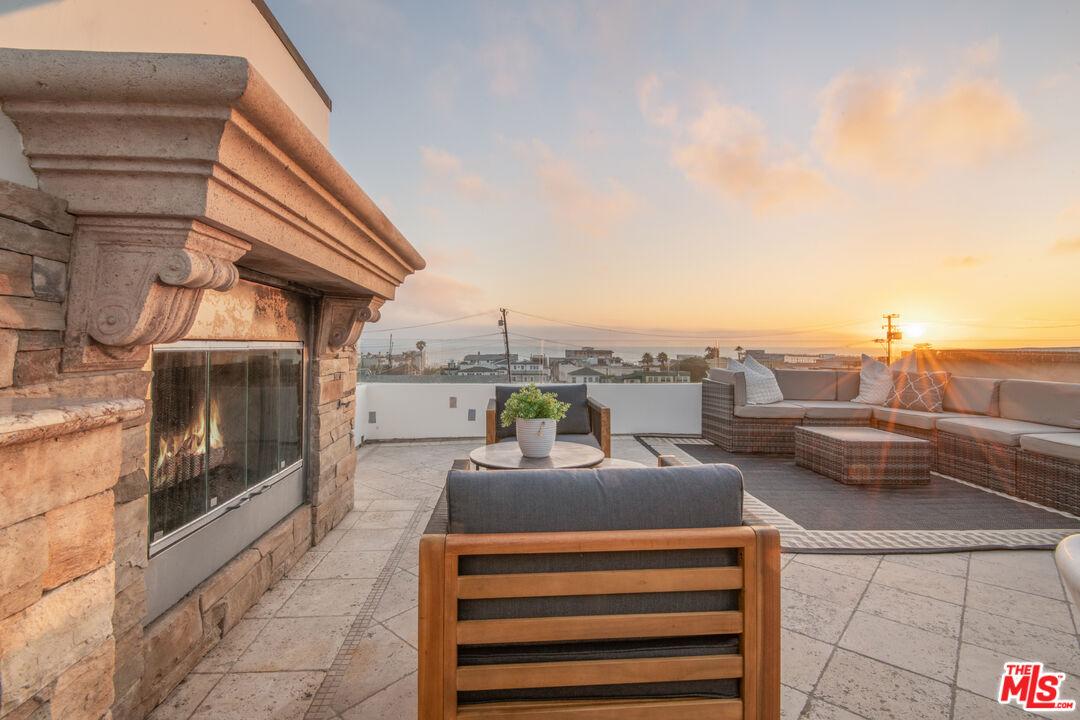 Steps off The Strand lies a true coastal dream home in the heart of SoCal's South Bay. This Mediterranean beach house offers quintessential seaside living in a sprawling multi-level five bedroom, five bath floor plan. Lavish yourself after a long day on the rooftop deck with panoramic sunset view... 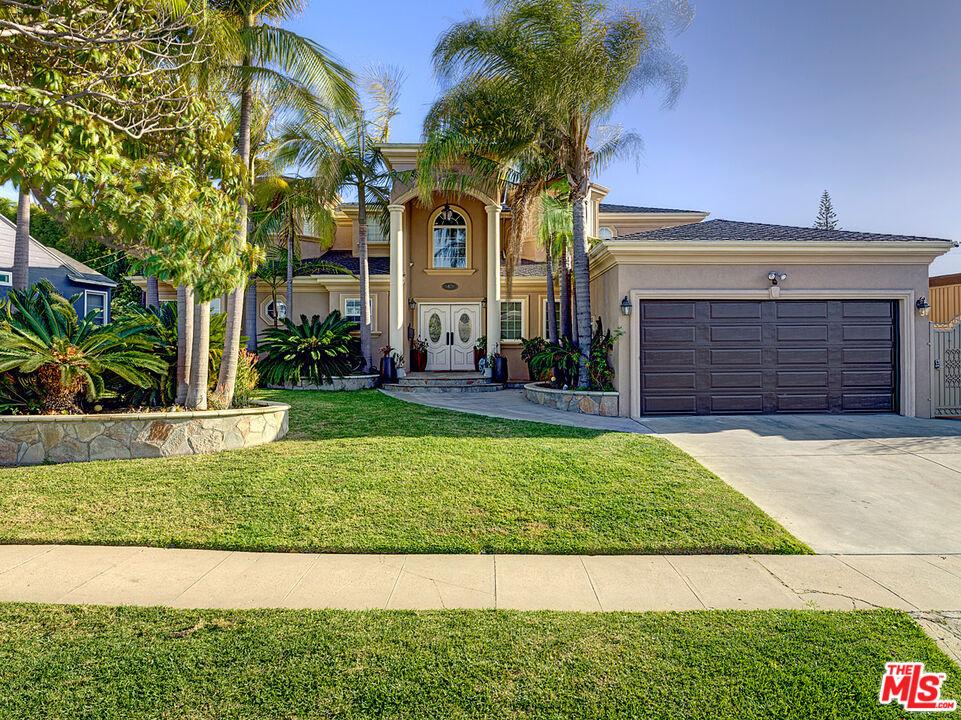 Perfectly designed property on a huge lot in the perfect neighborhood, this remodeled Westport Heights villa features a sprawling backyard, and offers six bedrooms and four bathrooms in the main house plus a studio guest house. This home defines Silicon Beach luxury living and design with stately... 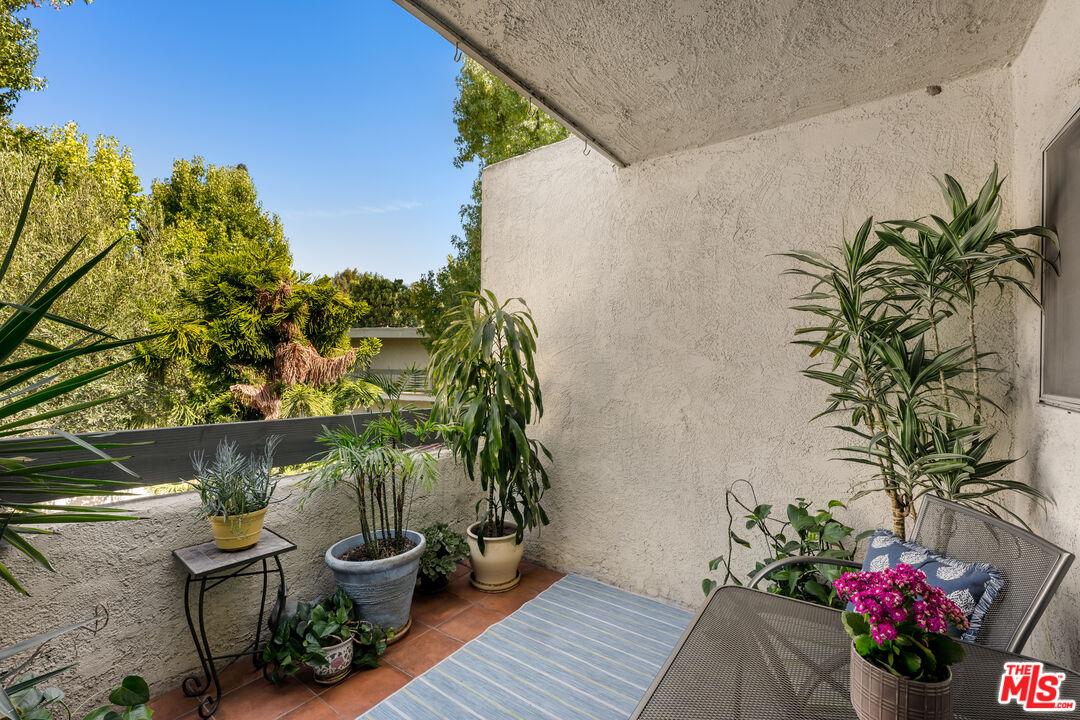 Sunlight, breezes of fresh air and tranquility abound in this top floor, corner condo in Culver City's Windsor Fountain complex. Vaulted ceilings and clerestory windows frame the entry and living area, which also features a decorative fireplace, and open flow into the kitchen and dining room. The... 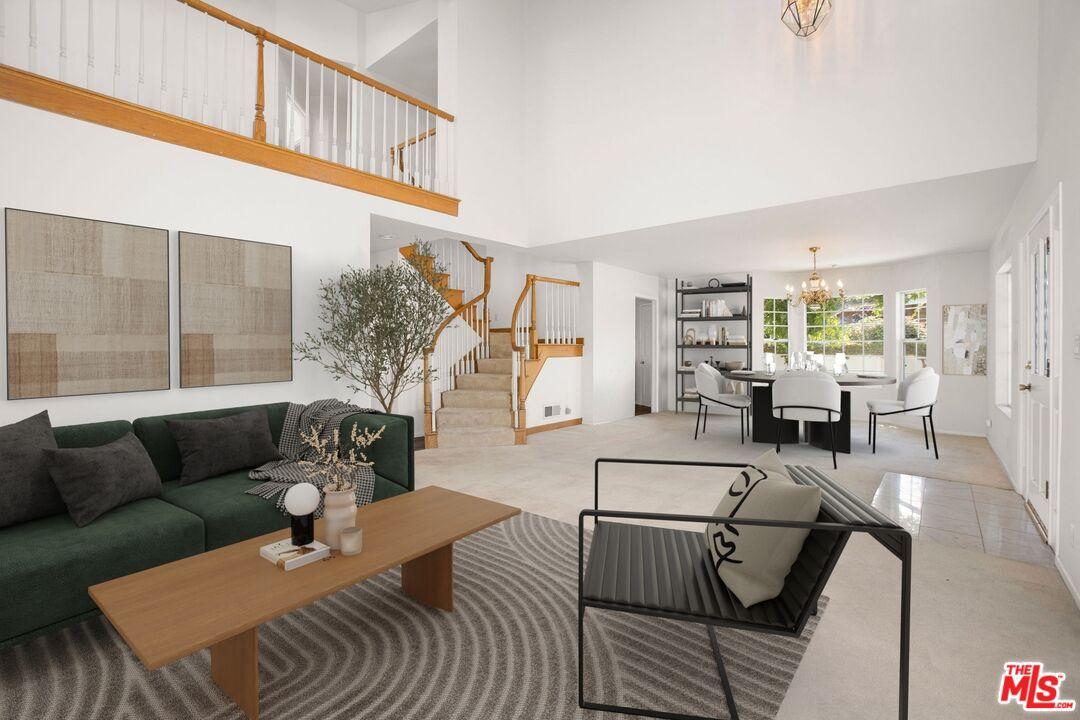 Opportunity is knocking! Traditional three-bedroom two-story home in Westport Heights is ready for its glow-up! Bring your creative eye and investment acumen to this promising property in the heart of Silicon Beach. Enter the natural light-drenched, bright and airy foyer to soaring, cathedral cei...

"Stephanie and her team have helped us sell and buy two homes. We are forever grateful for the incredible service and expertise they provided to us when we were buyers and sellers. They always worked hard to get us a special home and to sell our ho..."

"I have nothing but great things to say about the Stephanie Younger Group. Dealing with the staff at SYG is great, they are always so friendly and are quick to answer all of my questions. Recently, my fiancé and I started the search for our first h..."

You’ll find Playa Vista in the heart of Los Angeles’s Westside. It’s known to be o...

Memorial Day marks the official start of the season, and we are so excited to be p...

We all strive to make our home a sanctuary and luckily L.A. is a design lover’s dr...

Spring cleaning is important for your home's health, and a great way to mentally a...

Home to some of the best restaurants in the world, offers an endless array of opti...

Below are suggestions and tips we recommend if you’re considering buying or sellin...

Our Visit to SoFi Stadium

An unprecedented and unparalleled sports and entertainment destination built in In...

With California’s reopening a few weeks behind us and movie theaters, museums, and...

Best Places to Brunch on the Westside

From the newest hotspots to our local trusted gems, we’re here to guide you to the...

It’s no secret that the westside of Los Angeles is becoming one of the biggest hub...

Giving Thanks This Holiday Season

The Stephanie Younger Group has teamed up with the Westchester Farmers Market and ...

In High Demand: The Most Sought After Home Features

According to the WSJ, US home prices have increased 5.5% and mortgage rates have d...

Love, Hope, Kindness, and Community Have Not Been Canceled

There are a few things that continue to resonate with our team and families that w...

For many, even the slightest whiff of the bold, welcoming, energizing smell of cof...

Here are some essential tips to keep millennial homebuyers equipped and informed f...

There is an incredible energy in Silicon Beach right now, a real feeling that the ...

Sip and Support Your Community on September 21st at Wam!

If you live in Westchester, you’ve seen the signs - the annual Westchester Arts an...

Selling your home? Read this first

Our experienced listing team will work with you to identify opportunities that can...

Much Ado About ADUs

Here's everything you need to know about LA's hottest real estate trend.

About sustainable living and how to make impactful changes that can benefit our he...

The area has become extremely popular among young couples and families buying thei...

Home of the Day - LA Times

The 3 bedroom, 2.5 bath Borden Partnership home has been newly remodeled to create...

We work diligently to cover all the aspects of our neighborhoods - down to every s...

We're bringing snow to Westchester. Our first snow day will be this Sunday, Feb 12...

Candy Cane Lane is located in the 1200 block of East Acacia in El Segundo, CA.

We do have a tradition of making Matzo Ball Soup so I thought I would share this r...

Here is a list of the areas closest to Westchester, Playa Vista and Playa Del Rey.

Small Business Saturday is a day dedicated to supporting small businesses in our o...

The homes include a new two-story beach home, decorated for Christmas at the coast.

The winners have been announced and we are happy to report that Stephanie & the St...

Give Your Home a "Younger" Look with Compass Concierge

Prepare your home for market at no up-front cost, no interest charged, and no hidden fees.

Stephanie Younger’s results-driven approach, integrity and honesty have earned her top- producer status, as well as the hard-earned respect of her clients and colleagues. In 2022, The Real Deal named the Stephanie Younger Group as the 7th highest producing sales team in Los Angeles.